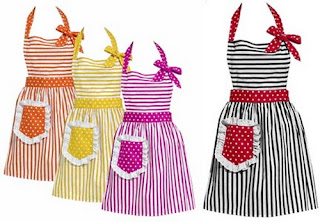 JC once said that sometimes he would rather forget that he attended school because school didn't hold many fond memories for him. In fact he avoided every class reunion for 30 years for that reason. But that all ended when his class held an impromptu reunion that more commemorated their collective fiftieth birthdays than an actual reunion. He never could figure out what set that reunion apart from what he'd heard about the others but somewhere along the way, his classmates forgot about how well everyone was going, instead being glad everyone was still in relatively good health and carrying on with life. There was a lot of reminiscing and rehashing of events that would remain in their memories for the rest of their lives. JC could finally see that the good outweighed the bad by a long shot. And one of the memories was about an actual experiment that the school board decided to try. It would be better known as the day when the boys turned over their shop coats to the girls who reciprocated by giving the boys their aprons.

For the last four weeks of ninth grade, the boys headed into the Home Economics room and Ms. Dorothy (same Ms. Dorothy as 2nd grade, as well as 7th grade health class) while the girls headed for the Industrial Arts room and Mr. Jim.

Now, had Ms. Dorothy known what she was about to endure she might've had second thoughts but then, she'd raised three boys herself (and mostly by herself) so she had a pretty good idea what she was getting into. So she planned out the course and did her level best to curb those testosterone-charged man-cubs.

The first thing she attempted to teach the class was how to act like gentlemen. They had to learn to sit properly, and how to pull a chair for a lady. She sat herself at the table demonstrating good posture and crossing her ankles while telling them that, contrary to the instructions that the boys had read in Sex to Sexty, a favorite publication at the time, especially for the boys, a real lady crossed only her ankles, revealing nothing to the masculine gender. One by one, the boys had to stand, pull the chair for Ms. Dorothy and in a respectful manner, help her get seated. Then, due to a shortage of time, the boys had to pair off and seat each other whilst pretending that they were seating a lady.

Well, somehow JC and Gord got paired up. That's very interesting as those two were an uncanny comedy duo. They were best friends forever and knew each other so well that they could tell what was on the other's mind; that is as long as it was something devious. Their first comedy routine started a couple of years before during a class that was supervised by a substitute teacher. JC was very talented at making loud flatulating noises by cupping his hand under his armpit and bringing his arm down on it forcing the air out of the little pocket his hand made. Gord sat in front of JC and their act was to have Gord lift his leg right when JC popped one. It was so authentic and timed so perfectly that Ms. Truman, upon hearing that ignorant sound, caught Gord with his leg up and thus sent him out of the room. When the sound persisted Ms. Truman realized that somehow JC had something to do with it and he was sent out of the room with instructions to get to the bathroom. Well, two years later the act made an abrupt change to how they could ham up what Ms. Dorothy told them to do. It wasn't to see just how subtly they could yank the chair out from under the other one; that was so old. They quickly found out that shoving the chair forward knocking the other's legs out thus causing them to drop in a heap on the chair was more fun. That provoked the rest to join in the fracas and a whole lot of adolescents had the time of their lives.

The boys also learned table manners--as if they weren't taught proper manners at home. They had to sit up straight, use the utensils properly and politely ask for whatever they needed; they could not reach for it, nor could they stand up and reach even further. There was a time they made pancakes. Gord quickly consumed the stack on his plate then called out to JC. 'Hey, JC, toss me a pancake... please?' JC promptly tossed a pancake like a frizbee across the table where it landed almost squarely in Gord's plate.

Of course Charlie had to get into the act too.

Now, before I go any further, I have to say that Charlie was the class whipping boy. He was an only child; kind of spoiled; never had to work; unco-ordinated as he could get. He had a bit of a short fuse too and that made him all the more fun to tease. One time, after cleaning up the kitchen unit, JC was rinsing out the sink with that handy-dandy sprayer that was so popular back in the 50s and 60s. He glanced over the partition into the next unit to see Charlie standing there all alone. JC called out to him and when Charlie turned, JC let fly with a blast from the sprayer.

The spray caught Charlie right in the zipper area of his pants making a wet fan shape that could easily have been mistaken for an accident. That sparked a round of adolescent laughter that subsided only when Charlie asked Ms. Dorothy if he could go home.

'Why do you need to go home?' Ms. Dorothy asked

'To change my pants.' Charlie responded.

'What's wrong with your pants?'

Ms. Dorothy glanced at them and smiled. 'Oh they're just a little wet; they'll dry right out.'

'But everybody is going to tease me; they'll say: "Look at Charlie, he peed his pants!"'

Charlie spent the rest of the period standing in front of the stove, oven door open, oven on high, in hopes that there would be enough heat to dry out his pants before next period.

Anyways, back to the pancakes and table manners. Charlie asked Don to toss him a pancake. Don responded similarly to the way JC did and frizbee'd a pancake to Charlie. The trouble was, Charlie had such a deep pool of syrup on his plate that the pancake splashed syrup all over the table and Charlie's shirt.

Yes, teasing Charlie was fun for the moment but JC and Gord have since had their regrets about all the abuse they heaped upon their classmate.

The Home-Ec room had some unwelcome residents that had moved in and proliferated during the ten years that the room had been there. Those little furry rodents got into the cupboards and cabinets leaving those little black seeds wherever they went. The girls from 11th Grade had their class in the morning just before the noon lunch break, with the uncouth ruffians coming in right after. Consequently, getting near lunchtime they (the girls) were getting hungry and thus looking for something to munch on. One of the girls happened upon a bag of macaroni which she opened and poured into a kettle along with water and set on the stove to boil. The others all chipped in and helped by preparing some cheese and adding just the right amount to make the traditional staple of macaroni and cheese, which they scarfed down as fast as they could.

Ms. Dorothy came in and could immediately tell that the girls had been up to something other than practicing sewing. Of course she asked them what they had cooked. The girls 'fessed right up and told her about the bag of macaroni. Well, Ms. Dorothy made a grimace and told the girls a story:

'I was going to throw that macaroni out. I saw that a hole had been gnawed through the bag and there were a bunch of mouse turds inside.'

She didn't have to say anything more. Let's just say that the girls suddenly lost their appetites...

I think it was the day the boys learned to cook pork and beans in such a way so as to remove the gaseous nature of the dish thus making it totally boring. They were seated at the table munching down the concoction when one of them glanced over to the cabinet under the sink. 'There's a mouse,' he said excitedly, and the whole table vacated, the boys grabbing any kind of bludgeouning device they could get their hands on and joining in the hunt.

The mouse scampered into the broom closet which unbeknown to it was a dead end. Rod opened the door exposing the poor mouse to the ten hunters. It barely made it to the linoleum floor when JC brought his cast iron skillet to bear and slammed it down on the prey. He lifted the pan up to reveal a bloody spot on the floor but no mouse. A close examination of the skillet showed that the carcass was stuck to the bottom.

Yes, he would later develop a method to kill mice by using ether which was somewhat less messy but maybe a little more dangerous. I might add that that story has already been covered in another entry in this blog.

Thus school wasn't all that terrible. There was always something to look back on and be able to laugh about. Interesting enough that JC and his friends now enjoy getting together to rehash some tales from the days when things were slower and simpler, friendships lasted for life, and that some of Ms. Dorothy's efforts to teach them some manners and culinary skills actually paid off.

Posted by George Stringam at 21:41 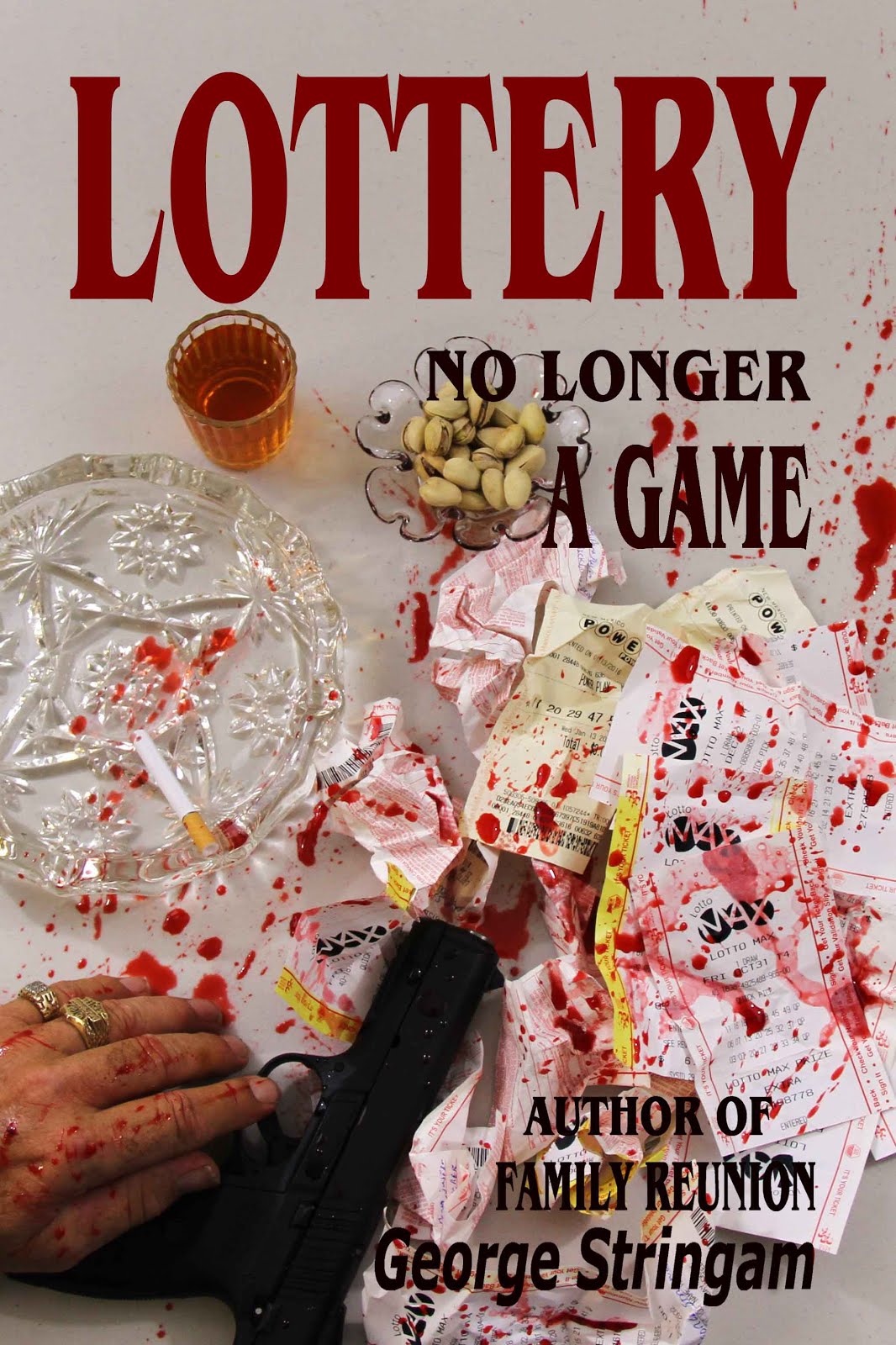 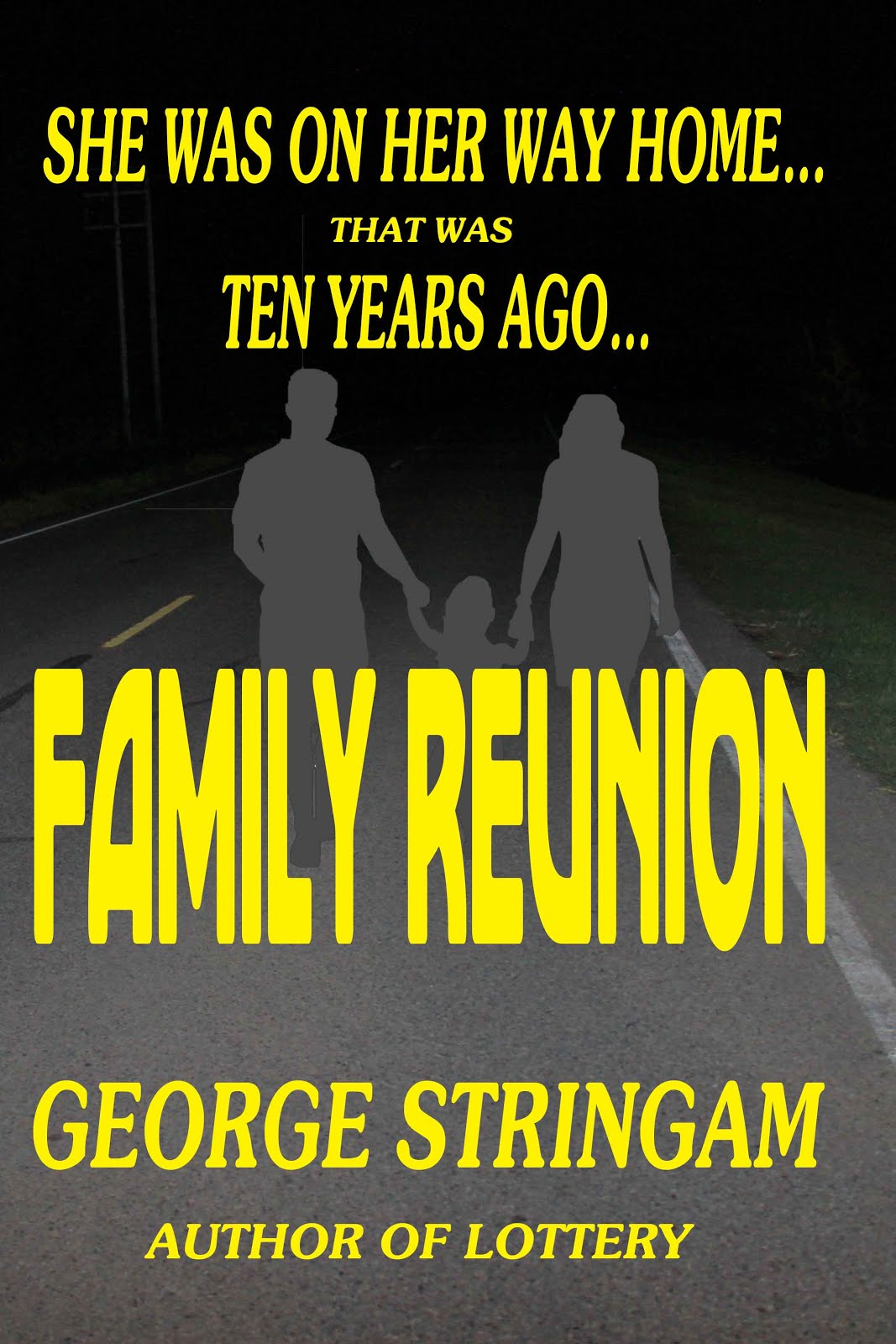 George Stringam
I was born and raised on a cattle ranch on the Alberta Montana border. My heart is still in that region and I love travelling there, visiting old friends, taking pictures and writing about them. I was introduced to the local coffee shop when I was only 15 and I still remember the stories that came out of that tiny place. My short stories are largely about that place although there are some exerpts from a novel (Lottery) that I wrote and published back in 2000.